CBG Cannabigerol - what it is and what it does

The active ingredients THC (tetrahydrocannabinol) and CBD (cannabidiol) and their effects are already known to most people. Cannabigerol or CBG, on the other hand, was a less known component of the hemp plant. CBG is moving more and more into the limelight due to its positive effects. According to the results of some research, the effects of this little-known cannabinoid are nevertheless promising, despite its low occurrence in the plant.

Cannabigerol was first discovered in 1964 as a component of hashish. CBG is a non-psychoactive cannabinoid which is the precursor of CBD, CBC and THC. Non-psychoactive means that cannabigerol does not affect mental clarity or suitability for daily use. Nevertheless, it has effects on consciousness and can relieve depression and anxiety. It is found in different cannabis varieties and has attracted attention, especially recently, for its potential pharmacological properties. So far, CBG has been neglected in clinical studies and research because it is present in very low concentrations in many cannabis strains. Despite a concentration of less than 1%, numerous studies have now shown that CBG can help with colitis or even cancer. However, it is believed that CBG has great potential for the treatment of many other diseases. 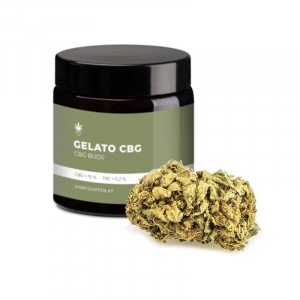 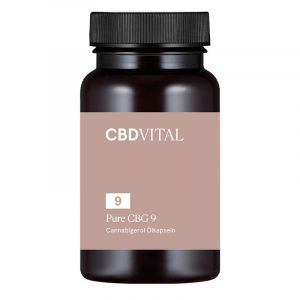 What effects does CBG have?

Due to the long period of cannabis prohibition worldwide, the knowledge about CBGs is still limited. So far, however, the following positive properties of cannabigerol are known:

Treatment of various types of cancer

In an Italian study from 2014, CBG was shown to inhibit tumor growth in mice. Another study from 1996 examined the effects of CBG on melanomas. It was found that it inhibits the growth of melanoma cells.

In a 2011 paper published in the British Journal of Pharmacology, numerous details about the anti-cancer properties of CBG were published. According to the references, the cannabinoid is said to be helpful in the fight against breast, prostate and other cancers.

Cannabigerol is said to effectively relieve neuropathic pain in general even at low doses. This was found in research in 2011, when CBG helped mice recover more quickly from pain caused by surgically induced nerve damage.

Some studies have also shown that CBG has neuroprotective properties. Spanish researchers have shown that CBG can improve motor deficits and preserve neurons. CBG is also thought to have a positive effect on the expression of certain genes associated with Huntington's disease.

Another study even dealt with the effect of cannabigerol on multiple sclerosis. According to the results, CBG is believed to be able to alleviate the symptoms of multiple sclerosis and regulate the expression of key genes.

What is the difference between cannabidiol and cannabigerol?

The two cannabinoids CBG and CBD are different compounds within the cannabis plant. Although they serve different purposes, they have many things in common.

Some studies and positive experiences suggest that both can help in the treatment of various diseases. Both CBD and CBG are biochemically derived from cannabigerolic acid (CBGa), during the ripening process of the hemp plant. CBD is mainly used for pain and anxiety, while CBG has stronger anti-inflammatory properties. In addition, CBG and CBD are not psychoactive and can relieve depression and similar conditions without affecting mental clarity. Furthermore, these two cannabinoids can counteract the intoxicating effects of THC.

How do I use CBG correctly?

There are several ways to take CBG. With a vaporizer or inhaler, the ingestion is particularly fast and effective, because CBG enters the bloodstream directly. However, this method of taking CBG is not recommended for asthmatics and people with other similar complaints.

CBG can be helpful in the treatment of gastrointestinal complaints. In this case, the active ingredient should be taken in capsules. The capsules are usually resistant to gastric juice and transport CBG directly into the intestine, where the capsules dissolve and CBG can act.

Another way to take CBG quickly is via the tongue. This requires a corresponding CBG oil (concentrate), which is dropped on the tongue and thus reaches the blood quickly through the mucous membranes. Cannabinoid oils contain many other valuable ingredients besides CBG. However, CBG oil must never be administered intravenously or in the eyes.

Since CBG is in ever-increasing demand thanks to its positive effects, the choice of providers is also growing steadily. In addition to numerous online shops, CBG products can also be purchased in some pharmacies and in the corresponding specialist shops.

What are the side effects of cannabigerol?

So far, no studies have been able to prove harmful side effects of CBG. There are also no experiences that report side effects in the true sense of the word.

Nevertheless, there are certain effects that could be associated with CBGs. These effects include an increased appetite, which has been observed when taking hemp products. This effect was actually attributed to THC, but it is now known that this effect also occurs in cannabis products without THC. Researchers from Great Britain were also able to prove appetite-enhancing properties of CBG in a study from 2016.

However, no other side effects of CBG were found. Nevertheless, pregnant and breastfeeding women and people with certain diseases should seek advice from a doctor who is familiar with cannabis before taking it.